A Funny Thing Happened on the Way to Parenthood 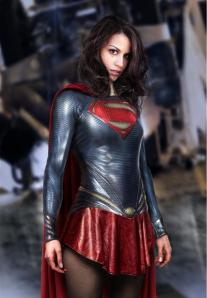 For our daughter, Jordan, in honor of her 23rd birthday…

She’s the only survivor from Krypton’s sister planet, ARGO.  She’s got countless gifts – among them, flight, x-ray vision and speed.  And, since the arrival of Supergirl, there’s been nary a human being who’s come close to her… until my daughter arrived on Planet Earth, that is.

A funny thing happened on the way to parenthood… (and then Facebook gave it even another forum): BRAGGING.  Ugh.  Yes, we all know people who brag and, while we may not loathe them (personally), we loathe what they do.   Our fellow parents often dazzle us with constant reports of their children’s achievements – ad nauseam – and sometimes in bad taste.  We are either too polite to let them know what a turn-off the constant clucking is, or secretly delighted to let them carry on; after all, their unsavory habit of seeking attention can become almost entertaining if one is  smart enough to mentally catalogue it all for what it sometimes actually is… transparent, pitifully insecure and a woeful acknowledgment to just how inadequate they, themselves, actually may be.

I’m about to take a hiatus from social networking, but certainly not before I have a little fun in the spirit of such bragging to wish my supermodel daughter the happiest of birthdays, today.  After all, it’s that one day per year that I schedule in an extra six hours to sleep and to write and to take time from the world which is all-consumed with her accomplishments!!!.  Thank goodness Jordan understands this needed break from our extreme exhaustion, which includes taxiing her from runway to runway (especially as we shield her from the Paparazzi who are clearly as impressed with her as we are).  After the expose’ on her ultra-superior I.Q. (featured in TIME Magazine in case you missed it – June, 2013 – page 17), it’s a wonder she even had time to do that cover shot in this month’s Vogue.

Of course, we shouldn’t be surprised at her do-it-all abilities.  Twenty-one years ago, when she was only two, she shocked the fashion world by designing her own line of toddler clothes (“Bling Baby”), right before her musical debut at Carnegie Hall, in 1995, as she rounded her fourth birthday.  By six, the hard decisions really started mounting:  black belt competitions on the weekends interfered with family bungie jumping outings, and poor Parker had to sit through her world chess tournaments, sacrificing his precious playground time in honor of his older sibling.  By nine-years-old, she had written her second best-selling novel (each in three fluent languages) and was on a speaking tour. By age ten, Jordan had discovered the cure for cancer, using the home microscope we found at the local Toys-R-Us; however, sensing the tension with the boy genius down the street from us, we did a great job keeping it all under wraps, until the prestigious University of Denver found out and offered Jordan a full academic Dean’s scholarship at age 15, having never accepted someone so young into their student body.  By 16, she was a five-time winner in the National Piano Auditions and by 19, she had completed college, with honors.  Now, at 23, she has established her own business and is a consultant to the likes of Warren Buffet, Steve Forbes and Bill Gates.  Of course, the list goes on… but there’s only so much time in the day and, after all, there’s so little time to write as Gary and I try to manage her affairs – in between managing Parker’s psychotherapy – which came, sadly, as a result of our constant, overwhelming awe of his sister……….

Now, there are actually six truths in the sarcastically-humorous tale, above, although I’ll let my readers figure out which ones they are.   My tribute to Jordan, as she turns 23, isn’t about what she’s accomplished or how many notches in our parental light post we’ve entered.  It’s not about how she completes us or about how she gives us something to talk to others about.  It’s not about comparing her to anyone… or competing with anyone.  It’s not about waving her accomplishments in order to impress or to brag.  My tribute to Jordan, on her 23rd birthday, is the same as it was on her 5th birthday… or on any birthday.

Supergirl has superpowers, for sure… and, her ability to see through walls is, by all accounts, pretty cool.  Jordan, seeing through people is even cooler, and doing so will help you navigate life and avoid pettiness and traps in it – just like, well, avoiding kryptonite!  The adventures of Supergirl still makes for some exciting tall tales and entertainment.  However, as we turn the calendar on your big 23rd today, we’ll be giving endless thanks for the real and more important things in life – who you fundamentally are and who you are yet to be.  We don’t need a flag or a flagpole for that.  We just thank God each and every day that He blessed us with His very best – YOU!

Happy birthday!  We love you!  XOXO